After her orgasm, Daphne tiptoed into the bathroom, quickly washed the necessary body parts, dressed, and left him sleeping. She was outrageously hungry, so walked to the coffee shop and ordered breakfast, where she flirted with a Major in the armed forces, who thought she was a virgin. Oh well.

If you’d like to participate in FF Friday, please send your 50 word story with 5 words taken from a Thursday post. Email your story to madlakepages@gmail.com. Don’t be shy. Just do it.

Posted on: April 12th, 2012 by Madison Lake 5 Comments
Posted in blog, The History of Sex 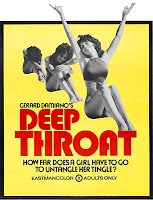 Two years later, Deep Throat would come along and blow the barn doors off.  It was the story of poor Linda Lovelace, unable to achieve orgasm.  A doctor finally tells her that her clitoris is located in the back of her throat and the good doctor coaches her oral sex skills until she finally gets her happy ending.  Major celebrities admitted to seeing the movie and the New York Times ran an advertisement (though they shortened the name to Throat).  The movie was such a part of the cultural zeitgeist that the Watergate informant was referred to by the pseudonym “Deep Throat.”

WEDNESDAY’S PHOTO OF THE DAY

The darker side of Spring… 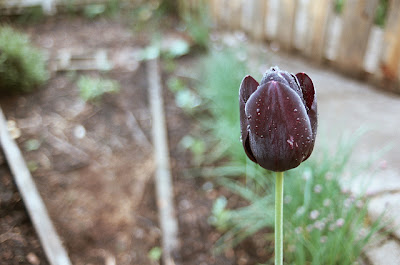 Photographer: Samantha Behm
http://www.flickr.com/photos/samonthecam/
* * * * *
If you’d like to be a contributor to our Wednesday photo day, please email your formatted shot to madlakepages@gmail.com with all pertinent information.

Happy Monday!  Enjoy this gem I found whilst poking around youtube…

Posted on: April 5th, 2012 by Madison Lake No Comments
Posted in blog, The History of Sex

Everyone has read the latest chapter, right?  Spoilers ahead!
*
*
*
*
*
*
*
*
You know who else had a problem with sister relations?  Lord Byron. 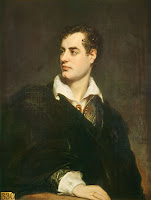 George Gordon Byron, 6th baron Byron, was one of the bright shining stars of the Romantic movement and one of the first proper celebrities.  His exploits shocked and scandalised the upper classes across Europe and he was a legend ever before his romantically tragic death.

Byron’s first major scandal was an affair with the married Lady Caroline Lamb.  The affair was publicized in the penny press and the British public was quite titillated.  Lady Caroline was herself a writer and rather mentally unstable.  When their liaison ended, she did not take it well (especially after Byron later married her cousin) and did everything in her power to make his life difficult.  She publicly accused him of sodomy and incest before her family had her committed for schizophrenia.

Another major scandal in his life was the alleged affair with his half sister, Augusta Leigh.  The two had no contact as children and only became acquainted as adults.  Apparently, the two fell in love and had an affair.  Lord Byron left England for good in 1816 and it was said he left for fear of prosecution for the relationship with Augusta.  While there is no definitive proof of an affair, it seems as though it was a well-known secret in certain social circles in London.

After leaving England, Byron joined Percy and Mary Shelley in Italy.  He wasted no time there, having affairs with at least three married Italian noblewomen (one of whom ended up throwing herself into a Venice canal in despair) and he got Mary Shelley’s younger half-sister pregnant.

Finally tired of home-wrecking and knocking up unmarried girls, Lord Byron joined the Greek fight for independence against the Ottoman Empire.  After valiantly fighting for 6 months, Lord Byron succumbed to dodgy 19th century medicine.  Remember, don’t medically bleed someone for a head cold.

Lady Caroline Lamb summed it up best.  Lord Byron was “mad, bad, and dangerous to know.”

Enter your email below to signup for Madison Lake's bimonthly e-newsletter to receive the latest scoop.